What is Rebranding? Why Does it Matter in 2021?

Has one ever come across two identical products, identical in every way except the packing and the company name labelled on it? If the answer is yes, then he has already seen an example of rebranding. To explain, simply rebranding occurs when the exact product undergoes under different brand names in the same or another market.

Before venturing into what is rebranding, let us have a quick glimpse –

Why does Branding matter?

Speaking in terms of a definition, a brand is anything that delivers – attributes, values, and personality to a product.

Just as humans names and lineage identify a human, products are too determined by the same parameters. The heritage in their case is their ‘brand’.

A ‘Brand’ can be a single product or an umbrella term for multiple products; in any case, its primary purpose remains the same – to distinguish the product/services from other similar ones in the market and try to cultivate an ‘image’ in the minds of the consumers. However, no matter how much the company tries, the final ‘brand’ image depends upon the consumer’s experience – a phenomenon called ‘Brand Perception.’ Learn more about brand building techniques.

For example, companies’ cars are known for being fast because it marketed them as quickly and because the people who owned them found them fast enough. The company tried to cultivate an image of the car being ‘fast’, and after he found it to be accurate, the car’s brand was perceived to be ‘fast’.

Suppose that the company designed a faster car in the future, then it would launch it under the name of the previous one to cash in the goodwill of the previous one and get the car more recognition. Thus effectively rebranding the supposed to be a brand to an older one.

Now that the concept of ‘brand’ is clear, let’s define what rebranding is-

Rebranding is a marketing concept, much like Branding, in which a new ‘identity’ – name, symbol, or design now defines a product/service which was under a previous brand name. Rebranding is a powerful tool in managing a brand’s perception.

Now, the next most common question is –

As said earlier, rebranding is a tool to develop a different brand perception or ‘image’, and here are a few reasons why a business would decide to do so

1. Disassociate product from the negative ‘image’ of the brand

Sometimes consumer responses do not turn out exactly as a business wants. Due to flaws in the product’s quality, the functioning of the product, the design of the product, or in the post-sales service of the product, a brand may gain a negative perception. Now, a company invests a hefty sum of money for R&D on new development.

As such, most often, it would not take a chance to rectify the previous image with the latest product since it involves considerable financial risk. The product undergoes rebranding to eliminate any negative influences of the last brand from affecting the new product’s sale. Thought about how color plays an important part in branding and marketing? Read more on color psychology in marketing.

Rebranding can also be the result of a merger or an acquisition between two companies. A merger occurs when two companies, each willing to increase their market share (revenue) and reduce their expenses and financial losses, legally combine into one company. This new company has shared assets as well as shared liabilities. For keeping the company’s identities in the minds of its frequent customers, the company rebrands itself. The new name includes part of the terms of both companies.

In an acquisition, a company ‘buys’ another entirely, and hence the former may change the latter’s previous brand name. The rebranding occurs such that the acquired company’s loyal customer base is maintained, and it reflects the fact of its acquisition.

3. Appealing to a different market demographic

The most common answer to the question is the need to rebrand. A market demographic segmentation is the segregation of the market based on -age, gender, race, income, education, religion, and job.

Some brands have existed for hundreds of years, thus cultivating many different perceptions in the market. These perceptions are not universally negative, e.g., all products of X cheaply built and expensive, but still can be harmful to the company’s efforts to cater to a different market demographic. For example, a restaurant chain known for servicing older people may find it incredibly difficult to attract younger customers without rebranding some of its chain restaurants.

A business trying to market internationally faces many challenges, one of which is understanding and incorporating the cultural difference within its marketing strategy. Some symbols, names, and references have different meanings across cultures; for example, the simple gesture of ‘Thumbs-up’, which is usually associated with one’s approval or ‘good luck, can be viewed as rude derogatory in the Middle-East, especially in Iran and Iraq.

Similarly, the word ‘beef’ in a brand name or logo can bring overwhelmingly negative feedback in India, where cows are sacred.

Rebranding is one of the strategies to reduce that potential conflict or negative feedback from the populace of that specific culture, and it may or may not accompany modifications in the product itself for catering to the specific market. Learn how branding will be collaborating with AI to revolutionize marketing.

5. Identification by the product

Sometimes a product is so successful that the producing company changes its name to the product’s name, effectively rebranding itself to its brand. This trend is prevalent in tiny businesses with a single successful outcome. It undertook to capitalize on the product’s market goodwill and use it to promote its future products.

To conclude, these are the answers to what is rebranding and why the need for it. There might be several other reasons why a company decided to rebrand or combine two or more reasons stated above. Whatever the case, the core concepts remain the same – to cultivate an ‘image’ in the market. All the effort is to serve one essential core purpose – to survive and make profits by any means in the highly competitive market.

If you want to learn more about marketing and branding, Liverpool Business School & upGrad offers Global MBA program which helps you to transform your career. The program provides 1-on-1 mentorship from industry leaders, 1-week immersion program at University campus, dual credentials (MBA from LBS & PGPM from IMT), network with peers at offline basecamps and more.

Get Global MBA from India #GharSeGlobal

GET AN MBA FROM LIVERPOOL BUSINESS SCHOOL WITH UPGRAD 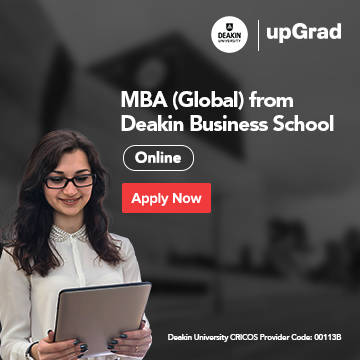