Multithreading in Java Explained [With Examples]

Threads in Java assist the efficient operation of a program. The two basic units of execution of proforma are the process and the threads. A process might be an application, Program, or self-Contained execution environment.

Whereas threads share a resource to that of the process and exist with it. At least one thread is present in every java application called the main thread. Multiple threads can be created from the main thread. Learn more about how to create a thread in Java.

Several processing units are present in a program of which the smallest one is referred to as the single thread. Through the use of “thread class” Java applies the threads. Two types of thread exist; the daemon thread and the user thread.

When two or more threads execute in a program concurrently, the mechanism is referred to as multithreading.  A single process creates many threads increasing the computation power. Two or more parts of a program are executed in a way that leads to the maximum utilization of the CPU.

In animation, games, Java multithreading is used. Click if you want to learn more about Java architecture and components.

Two Mechanisms can be used for creating threads.

Thread programming in Java is achieved through the thread class. Constructors are provided by the thread class and methods for performing thread operations. A thread class implements a runnable interface and extends Object class.

The thread life cycle has various stages, which are listed below:

Asynchronous behaviour occurs in a program in the case of multithreading. If supposedly data is written through one thread and the reading of the data is carried out by another thread simultaneously, inconsistency might be created in the application.

The resources that are shared between threads need to be accessed by other threads. Therefore in such cases, the approach of synchronization is approached. Synchronized methods are available in Java to achieve synchronization behaviour.

When a thread reaches the synchronized block, then once it reaches, the method cannot be called by other threads on the same object. Until the thread finishes executing the block and exits from it, the other threads have to halt and wait.

An example of a multithreading program in java has been shown below: 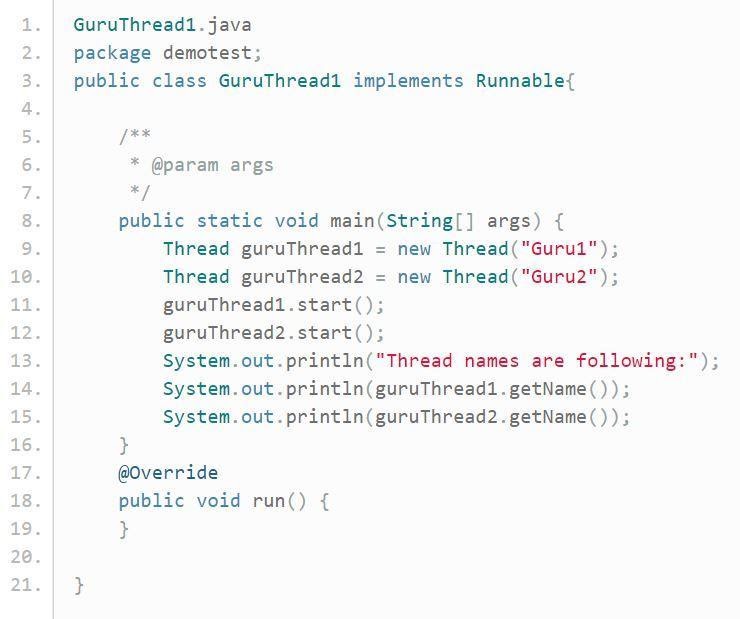 Figure 1: A snippet of the multithreading code example

Line 9: The thread class is instantiated and an instance “guruThread1″ is created and a thread is created.

Line 10: The “Thread class” is instantiated and an instance “guruThread2” and a thread is created.

Line 13: The text “Thread names are following:” is outputted.

Line 14: The method getName() is used to get the thread1 name.

Line 15: The method getName() is used to get the thread2 name.

Execution of the above code results in the following output:

Figure: A screenshot of the output generated from the multithreading program in Java (taken from

If you are interested in mastering your programming skills at a friendly price and make yourself industry-ready, you can check the course offered by upGrad “Master of Science in Computer Science”. It is for all mid-level professionals within the age group of 21 to 45 years of age. The course is certified by Liverpool John Moores University, and designed with 500+ hours of learning, 309 projects, and assignments to bring the best out of you. If you have any queries drop us a message, our team will contact you.

What is the difference between Multithreading and Multiprocessing?

What are the disadvantages of Multithreading?

Multiple threads can execute separately while using the same process resources because of multithreading, a CPU feature. A thread is a set of instructions that may or may not execute in the same parent process like other threads. Multithreading has a number of drawbacks in the operating system. To begin with, multithreading requires more rigorous synchronisation in order to perform effectively. It can take up a lot of storage space for stalled threads and requires extra thread or process support. If a parent process requires many threads to function properly, the child processes should be multithreaded as well. Finally, multithreading adds cost to context switching.

Where is Java used in real life?

Because of its remarkable capabilities, Java has become the most efficient programming language. From a corporate e-commerce website to android applications, from research areas to financial services like electronic trading systems, from games like Minecraft to desktop programmes, Java is utilised in many areas in the real world. Many organisations utilise Java to write front and back office electronic trading systems, settlement and confirmation systems, data processing projects, and other projects in the financial services industry. Java is also popular in the worlds of e-commerce and online applications. Java is used to write and build a lot of valuable software and development tools.

Apply for Executive PG Programme in Software Development from IIIT-B