What is Metasploit: Overview, Framework and How it is Used?

·
6 min read
Home > Cyber Security > What is Metasploit: Overview, Framework and How it is Used?

With the world experiencing a rise in creating revolutionary technology like cloud-based setup and Metaverse, cyber-security concerns are increasing simultaneously. Implementing protection is a necessity to secure systems from malfunctioning and unauthorised access. Firewalls are not enough to defend systems against malicious access for a long time. Working on vulnerabilities is the only way to ensure optimum protection. The best way to find such inconsistencies in a system is by penetrating through it using a different source. Attackers are always on the run to find resources strong enough to penetrate through systems. So, why not don a hacker’s perspective to understand our security concerns better?

Taking over a hacker’s perspective and accessing the system to know its failings is one sure shot idea to understand which aspect demands attention. Metasploit works on the same framework. Metasploit extends an evaluation platform and allows users to run system assessments. It is a widely used tool to ensure complete security.

But what exactly is it, and how does it work? Let’s find out!

What is the Purpose of Metasploit?

The open-source framework Metasploit is a testing tool that gauges any system’s security and protection level by trying to gain unauthorised access. The world’s leading security testing tool is used by security engineers, cyber-security experts and many other people who aim to find system inconsistencies and security levels. The framework lets you be a hacker and test your system to analyse what it lacks and the type of security you must implement for its overall protection.

Although it is a tool created to test system vulnerabilities, black hat hackers also use it to attack systems. The penetration testing system being open-network allows its access to various operating systems to implement rows of codes, identify the system for any flaws, and create a stronger, more efficient defence framework if any discrepancies are found. A Glance at Metasploit History

In 2003 H.D Moore, along with core developer Matt Miller, took on the Metasploit project as a Perl-based portable network tool and entirely converted it into Ruby by 2007. 2009 marks its licence acquisition by Rapid7. Since then, the project has been prominently known and used as an efficient pen-testing tool to implement remote exploitation, bugs, and evasion tactics to identify security vulnerabilities.

Metasploit was one of a kind remote-testing framework, which was initially unheard of as security engineers continued using exploitation tools manually. Instead, they used to write codes and implement the same using various tools, which lacked accuracy and efficiency to a great extent.

How Does it Work?

The Metasploit framework contains various libraries, tools and modules that are customisable according to the operating system. Following the present tools in Metasploit, a custom code is created and introduced in the network or system to detect vulnerabilities. In addition, Metasploit runs various exploitations to analyse weaker points. These exploitation tools include packet sniffing, privilege escalation, screen capture, and keyloggers to identify as many unprotected parts of the system. The option to set up a persistent backdoor is also available if the machine gets rebooted.

The diverse tools available on Metasploit allow users to easily configure exploitative points further to amend it to a stronger version with security inclusions.

Scripts- The folder contains all the scripts required to run Metasploit Framework functionalities such as meterpreter, powershell, resources, etc.

Documentation- The folder contains actual documents and pdfs, helpful to understand the intricacies of Metasploit as a tool.

White hat programmers trying to analyse a system through the eyes of black hat hackers use this platform legally with secrecy. Security engineers across all industries use Metasploit to test new installation packages and analyse their security levels. Professional penetration testers and analysts also use this tool to explore security issues in their systems and network.

Besides its white usage, black hat hackers also try their hands on the open-source framework to carry out various illicit activities. Its availability, installation and access are easy to understand and work with; therefore, it is one of the most popular pen-testing frameworks.

Being one of the most common names among security testers, Metasploit has various benefits, such as:

Learning Metasploit can find you a great place in the cyber-security industry. If you are looking forward to further strengthening your skillset, then upGrad’s Advanced Certificate Progeram in Cyber Security is the right choice!

Extended by the leading education platform upGrad, the course extends subjects such as data secrecy, application security, network security, and more through their extensive curriculum. The offered course follows in-demand subjects and coursework, with the study structure created under the guidance of industry leaders and faculty experts.

upGrad is a leading name in the education industry that provides an excellent learning experience for students worldwide. With a learning base spread across 85+ nations, upGrad enables students a dynamic learning opportunity with career guidance, peer-to-peer networking, industry projects, mentorship and more.

The incidence of cyberattacks is growing as we speak, but so are the cyber-security measures which aim towards a prosperous future for candidates looking forward to a space in the cyber-security field. Whether you are a security engineer, analyst, or cyber-security specialist, knowledge of Metasploit is extremely useful to ensure security in all areas. Its user-friendly platform is easily accessible, with learning resources spread across many web platforms. Once you commit to learning Metasploit, other custom-coded frameworks will not feel up to par.

What is Metasploit used for?

Metasploit is an open-source framework allowing users to infiltrate and probe into unauthorised systems. The use of Metasploit depends entirely on the type of entity using the framework and its purpose, as both system testers and illegal hackers use the system to steal information.

Do hackers use Metasploit?

Metasploit is a powerful tool to either improve system vulnerabilities or penetrate through user systems without knowing; therefore, it is used by black and white hat hackers. Infiltrating systems are often used to understand how hackers work and seep through restricted systems, but real-time hackers also use the systems.

Is Metasploit illegal to use?

Metasploit’s authorised access and testing usage are entirely legal as long as the user has permission and credentials to access the software. On the other hand, unauthorised access to the organisation and individual systems is illegal. So you can use it on your own system, but consent is required to use the software on any other system not belonging to you. 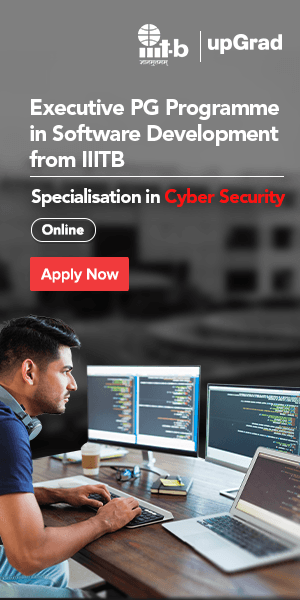