The client-side platform which allows the building of applications for both the web and the mobile is angular. It was introduced in 2009 by Google. Initially, the platform supported Javascript and HTML, which got replaced with Angular TypeScript and other scripting languages.

The article will focus on the events of the lifecycle of the different components of angular.

The components within angular have a different life cycle and a definite number of stages through which the process of initialization to destruction is carried out. The different stages of the components are referred to as the ‘life cycle hook event’.

Whenever there is an initialization of any component in angular, root components are created and presented. The heir of the components is then produced.

The Different Types of Lifecycle hook

After the check on the input properties of the angular components, the triggering of the ngDoCheck event occurs. It is mainly done to detect or act upon any changes that angular fails to detect. Based on the developer’s logic, the check can be implemented. Therefore, implementation of any custom change logic or algorithms for detection of change in any components is allowed by the event.

The projection of the external content into the component is followed by checking the projected content. The method is called every time the check in the content is made through the mechanism of change detection of angular. It is executed after the execution of the method ngAfterContentInit(). Also, the method is executed after the subsequent execution of ngDoCheck(). It is usually linked with the initialization of the child components.

An example has been shown to implement a lifecycle hook. The code shown below is to be placed in the file ‘app.component.ts’. 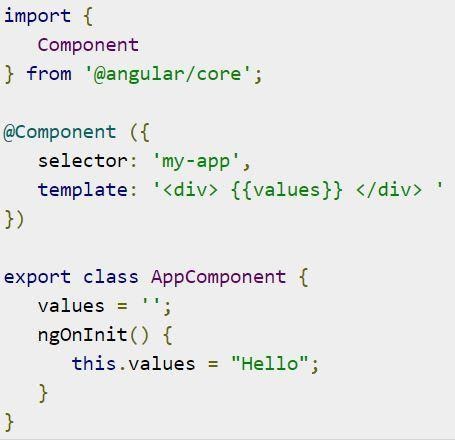 It shows how to call the lifecycle hook ngOnInit.

All the methods of the lifecycle hooks are then going to be added to both components along with the name of the event hook called console.log().  The child is added to the statements of the child console for differentiating the parent and the child components.

The look of the parent component is shown below. 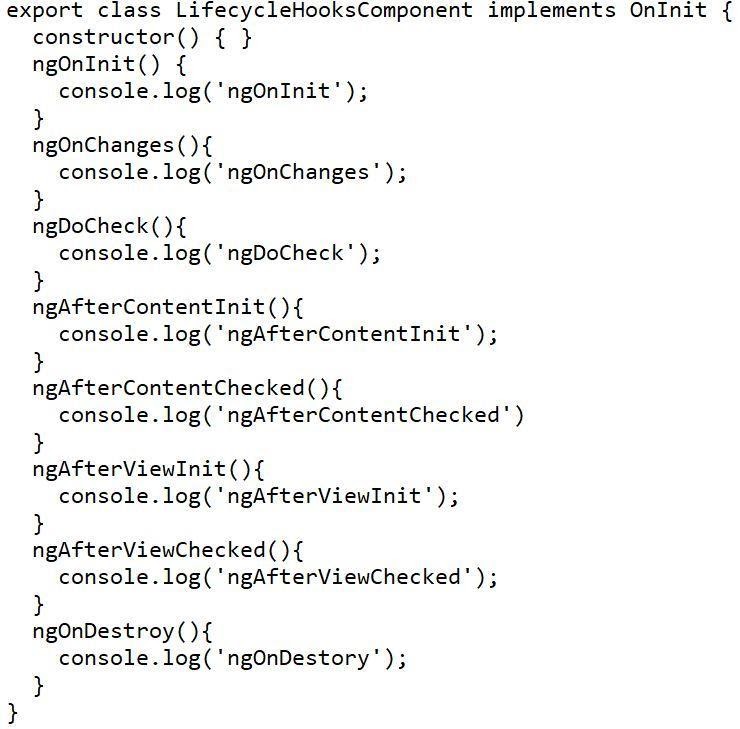 The child component is identical but it is a part of the statements of the console.log.

Also Read: How to run the Angular Project

The look of the parent html is

Input ‘num’ is displayed as:

On clicking the button ‘+’, there will be the firing of an event where the events of the lifecycle hooks will be executed over the components. The event ‘ngOnChanges’ is fired in the child as the input value to the child is detected by the ‘ngOnChanges’.

The article provided an overview of the stages of the angular components. The specific order by which the angular lifecycle hooks proceeds is discussed and also the application of such events is shown.

To widen out the application of such software components, you can check out the course of upGrad, “Executive PG Programme in Software Development – Specialisation in Full Stack Development”. Any mid-level professionals within 21 to 45 years of age can join the course certified from IIIT-Bangalore. The online course offers the benefits of live lectures, hands-on experiences, the status of IIIT-B alumni, and a 4 months certification in Data Science & Machine Learning free of cost. If you are still aiming to get that dream job of yours, go through the course which ensures placements in top industries. Any queries are welcomed by our team.

What is angular Js?

Angular is an event-driven JavasScript framework. AngularJS uses the concepts of the Model-View-Controller (MVC) pattern to develop single-page applications. AngularJS is a framework agnostic, which can be used in combination with another framework like Backbone or Knockout. AngularJS receives the model-view-controller (MVC) pattern. AngularJS also exposes a lightweight scope object that is injectable into any JavaScript constructor. AngularJS applications are primarily built with HTML (or HAML files) and CSS (or SASS files) and they are almost impossible to debug via the browser’s console. The application is built with the JavaScript files that are written in the TypeScript language. The event-driven programming model provided by AngularJS allows the developer to initialize, modify and run the code for any element in the HTML document.

What is the lifecycle of a component in Angular?

What are life cycle hooks in Angular?