How To Create Spring Boot Project In Eclipse

Java programming language is often said to be too complicated and cumbersome in terms of building simple applications. However, Java provides a stable platform that offers an extremely mature ecosystem which makes it possible for developers to create robust software without much hassle.

The Spring Framework – one of the many powerful frameworks present in the Java ecosystem – brings with it a collection of configuration and programming models to simplify the development and testing of applications in Java.

In this article, we’ll go through some of the useful features of the STS IDE (Eclipse Spring Tool Suite), which are useful for you when developing Spring Boot projects or applications in Eclipse. We’ll talk about the various benefits of STS as opposed to the traditional way of building Spring applications with Eclipse.

Then, we’ll look at how to bootstrap an application, how to execute it, and eventually, how to add additional dependencies. Finally, we’ll conclude this tutorial by adding applications arguments.

Spring Tool Suite, short for STS, is a development environment based on Eclipse that is specifically customized for creating seamless Spring Boot projects and applications.

Spring Tool Suite is a suite that’s built as an additional layer on top of the latest Eclipse releases. 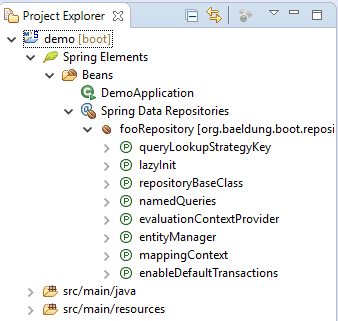 Eclipse STS provides quick fixes for your Spring applications while validating your project. For instance, when you are working with Spring Data JPA, the Eclipse IDE may be used to validate query method names.

Spring Tool Suite also provides an easy to understand the graphical view of the various bean methods and the relationships they hold. If you want to take a closer look at the different graphical editors that come with STS, you can check the views that are available under the menus window, show view, and then Spring respectively.

The STS also offers developers additional features that are not limited to the applications of Spring. You can check the full list of features here.

Let’s start by bootstrapping a simple application. Without STS, the Spring application can be created using the Spring Initializer website or the Spring Boot CLI. This can be further simplified by clicking on Create Spring Starter Project from the STS dashboard.

In the ‘New Spring Starter Project’ screen, either use the default settings or make the required adjustments as per your project, and then go to the next screen. There, select ‘Web’ and click finish.

The previously mentioned application can be started by simply right-clicking on the project and selecting ‘run as Spring Boot App’. Without STS, you can run the application from CLI using the following commands:

By default, the Spring applications are started with Tomcat that runs on port 8080. At this point, the applications start on port 8080 but don’t perform any task as we haven’t implemented any code in it yet.

When you execute the project from your IDE using the ‘run’ command, you’ll find that the console outputs some colour-coded log statements. In case you want to turn these statements off, you can go to ‘run configurations’ and disable the checkbox that says ‘Enable ANSI console output on the Spring Boot tab’.

Alternatively, you can also disable the logging statements by setting a properties value in the applications.properties file like this:

At times, implementing a data access layer may turn into a cumbersome activity. A lot of boilerplate code may need to be written to realize extremely simple queries and perform pagination.  Spring Data JPA aims to seamlessly facilitate such an implementation of data access layers.

To get started, add the following dependency for JPA to the previously generated pom.xml:

You might have noticed that your version has not been specified in the above declaration. This is because of the fact that dependencies are managed by the spring-boot-starter-parent.

To make the JPA work, you’ll need to properly define entity and transaction managers for your project. However, working with Spring auto-configures these values for you. The only thing left to do from your end is to create the actual entity classes.

These entities are managed by the entity manager which is created by the container. Let’s create an entity class called Foo:

The container will scan all the classes annotated with @Entity from the root of the configuration package.

Next, let’s create JPA repository for the Foo entity:

At this stage, you might have already noticed that your IDE now flags this query method with the following exception:

This happens due to the fact that you have accidentally written an extra ‘s’ at the end of the method name of the JPA repository. To fix this exception, remove the extra s and make it like:

Jar Type Search is a feature that was introduced in the 3.5.0 version of STS. This feature provides content-assisted proposals for classes that aren’t yet in the classpath. STS helps developers in adding dependencies to their POM files, in case they aren’t on the classpath.

For instance, let us add a line to the Foo entity class. For this to work properly, please ensure that the import statement for java.util.List is already present.

Now we may add Google Guava as follows:

The IDE then suggests several dependencies to be added to the classpath. Add these dependencies from com.google.common.collect, press return, and add the dependency from Guava.

The Guava jar will automatically be added to your pom.xml file like following:

One of the most powerful features of the Spring framework is the support of external configurations that can be passed to applications in several ways – as a command-line argument, specified in properties of YAML files, or as system properties. Let’s look at how to add a configuration option as an application start argument using STS.

This is illustrated by configuring Tomcat to start on a different port.

In order to run a Spring application on a Tomcat port other than the default (8080) one, you need to use the command below. In the following command, a custom port is specified as the command line argument.

In this article, we went through how to execute Spring projects and applications in STS. However, this is not all – there are many more useful features that can be utilized during the development process. While this tutorial was good to get you started with creating Spring Boot Project in Eclipse STS, remember that there’s a lot for you to explore and experiment from.

What is spring boot?

What is spring hibernate?

Spring hibernate is an open-source framework used to develop enterprise java applications. Spring framework handles the most important tasks in any java application. It allows developers to make changes in the code without any side effect. It allows the readability of the code and simplifies the error handling of the application. It supports the data access and data mapping. Hibernate framework is a java-persistence framework for the object-oriented programming language java. It provides the features for managing relational data in java. Hibernate supports the Java data abstraction layer (jdo), java remote method invocation (rmi), and the Java transactional interface.

What is spring initializr?

Spring Initializr is a handy online tool for getting started with Spring. It generates projects based on what you need. Whether you are looking for a simple CRUD application, or a full-blown web application, this little site will get you started with coding in no time. Populate your project with your choice of technology (Java, Groovy, Grails, etc) and it will generate the basic project structure and dependencies. You can add further dependencies or customize the project to your needs. Spring Initializr is a really cool tool that makes it easy to start a new Spring Boot project. It generates the project structure and configuration files that you can then customize. It also gives you a selection of technologies on which the project can be based, so you get the advantage of choice without the disadvantage of having to do the work yourself.