5 Most Successful Startup Investments Made By Celebrities

The startup fever has reached tinseltown across the globe. Over the last several years a growing number of celebrities have been getting into the startup game. With their dynamic PR, rigorous marketing, and wide-spread network, celebs make for very powerful angel investors.

From Ashton Kutcher to Salman Khan, many stars have made successful individual angel investments in deals like Facebook, Skype, Foursquare, Airbnb, Dropbox and others.

Here’s a list of some of the most successful startup investments made by celebrities in recent years –
1.  Jared Leto & ‘Nest’
Little known to the world that Jared Leto, actor/singer and academy award winner (For his performance in Dallas Buyer’s Club), is involved in several technological companies &  start-ups, his favourite being reportedly, Nest- a connected device company that Google bought for a whopping $3.2 billion, in January, 2014.The company was founded by Tony Fadell & Matt Rogers,  both fond remembered as pioneering engineers at Apple Inc., in the iPod & iPhone teams respectively. The two, joined Google after the acquisition.
2. Salman Khan & ‘Yatra.com’
Indian Travel & ticketing portal Yatra.com, started seven years ago with a mammoth investment from American Venture Capitalists Norwest Venture Partners and Intel Capital. Bollywood superstar was then roped-in to endorse the brand in an ad-for-equity deal, where he was handed a 5% stake in the company for promoting and marketing the brand
3. Jessica Alba & Honest Co.
Hollywood heartthrob Jessica Alba was announced co-founder & president of an e-commerce #StartUp that manufactures & sells eco-friendly personal care products by the name of ‘Honest Co.’ . The company was valued at $1 billion towards the end of 2014.
4. Will Ferrell & ‘Funny Or Die’
Not necessarily hailed as an enormously profit-making venture, but certainly successful in terms of popularity, FunnyOrDie.com is a comedy video content portal that hosts both exclusive & UGC content, and runs on an algorithm supported by user ratings.
American comedian Will Ferrell is considered one of the key masterminds behind this venture,  that survives on funding from sources such as HBO.
5. Ashton Kutcher & ‘Airbnb’
The on-screen Steve Jobs & former Calvin Klein model is both astoundingly humble & wise when asked about his investment strategy, and is quoted saying “…become an apprentice…” to those with expertise in the area.
His few shares in travel portal ‘Airbnb’ have more than just ‘multiplied’ today. While the star is said to be investing in several other such ‘Techventures’ 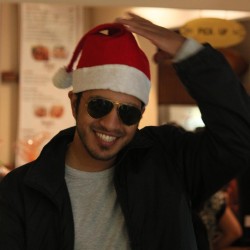