What is Data Structure?

Data structure refers to the computational storage of data for efficient use. It stores the data in a way that can be easily modified and accessed. It collectively refers to the data values, relation between them, and the operations that can be carried on the data. The importance of data structure lies in its application for developing computer programs. As computer programs rely heavily on data, proper arrangement of the data for easy access is of foremost importance towards any program or software.

The four main functions of a data structure are

Types of Data structures in Python

Python has several structures of data that act as containers for the storage of other data. These python data structures are List, Dictionaries, Tuple, and Sets.

The data stored in a list are sequentially arranged and of different data types. For every data, an address is assigned and it is known as the index. Index value starts with a 0 and goes on till the last element. This is called a positive index. A negative index also exists if the elements are accessed reversely. This is called negative indexing.

A built-in keyword “del” in python is used to delete an element from the list. However, this function doesn’t return the deleted element.

In addition to the above-mentioned operations, several other in-built functions are available in python for working with lists.

Dictionary is a type of data structure where key-value pairs are stored rather than single elements. It can be explained with the example of a phone directory which has all the numbers of individuals along with their Phone numbers. The name and phone number here defines the constant values that are the “key” and the numbers and names of all the individuals as the values to that key. Assessing a key will give access to all the values stored within that key. This defined key-value structure on Python is known as a dictionary.

Creation of a dictionary

Any modifications in the dictionary can be done only through the key. Therefore, the keys should be accessed first and then the modifications are to be carried out.

Deletion of a dictionary
A clear () function is used to delete the whole dictionary. The dictionary can be assessed through the keys using the get() function or passing the key values.

Other functions associated with a dictionary are keys(), values(), and items().

Similar to the list, Tuples are data storage lists, but the only difference is that the data stored in a tuple cannot be modified. If the data within a tuple is mutable, only then it’s possible to change the data.

The set data structure is similar to the arithmetic sets. It is basically the collection of unique elements. If the data keeps on repeating, then sets consider adding that element only once.

A stack is a linear structure that is either a Last in First out (LIFO) or a First in Last Out (FIFO) structure. Two main operations exist in the stack i.e. push and pop. Push means the appending of an element in the top of the list whereas pop means removing an element from the bottom of the stack. The process is well described in Figure 1. 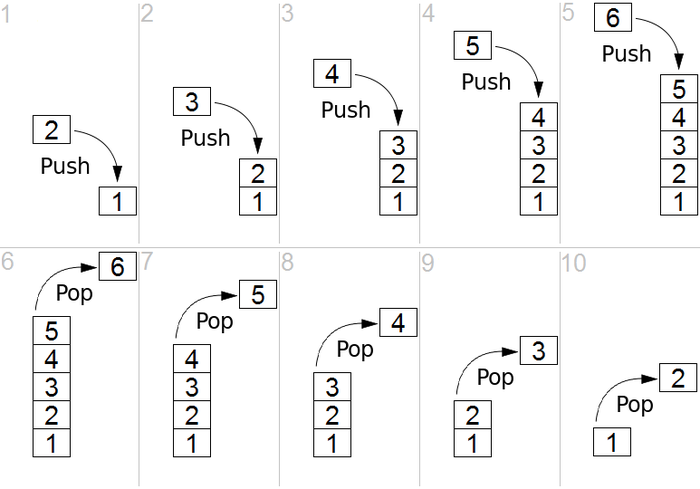 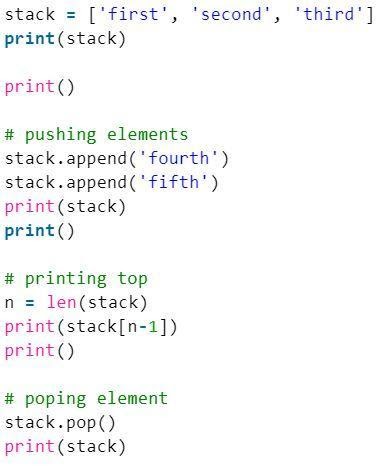 Similar to the stacks, a queue is a linear structure that allows the insertion of an element at one end and deletion from the other end. The two operations are known as enqueue and dequeue. The recently added element is removed first like the stacks. A graphical representation of the queue is shown in Figure 2. One of the main uses of a queue is for the processing of things as soon as they enter. 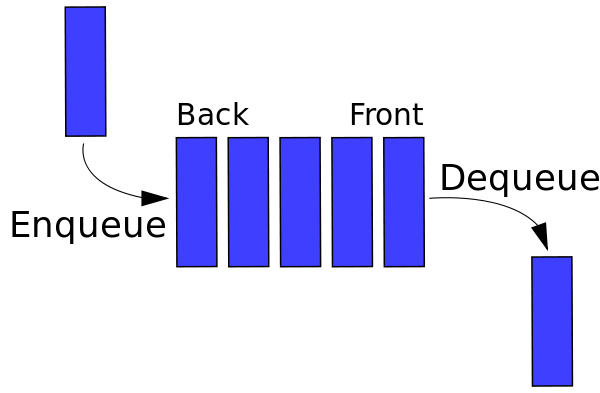 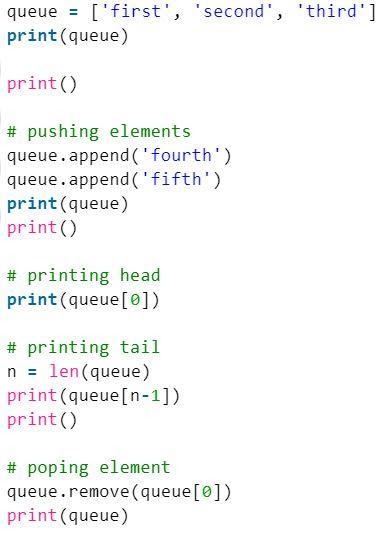 Trees are non-linear and hierarchical data structures consisting of nodes linked through edges. The python tree data structure has a root node, parent node, and child node. The root is the topmost element of a data structure. A binary tree is a structure in which elements have no more than two child nodes.

The usefulness of a tree

Figure 3: Graphical representation of a tree 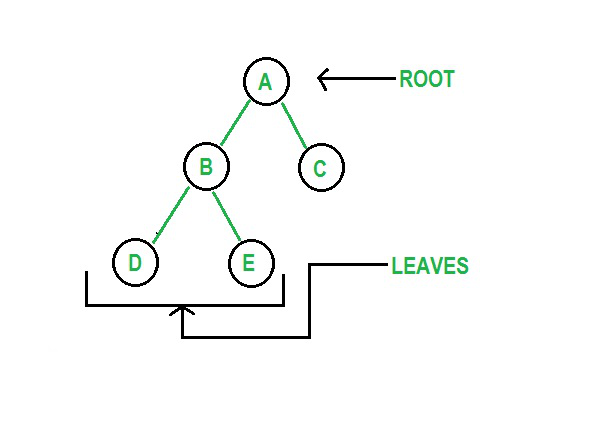 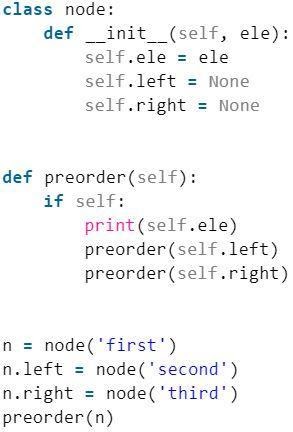 Another non-linear data structure in python is the graph that consists of nodes and edges. Graphically it displays a set of objects, with some objects connected through links. The vertices are interconnected objects while the links are termed as edges. Representation of a graph can be done through the dictionary data structure of python, where the key represents the vertices and the values represent the edges.

Basic operations that can be performed on graphs

The usefulness of a Graph

Figure 4: Graphical representation of a graph 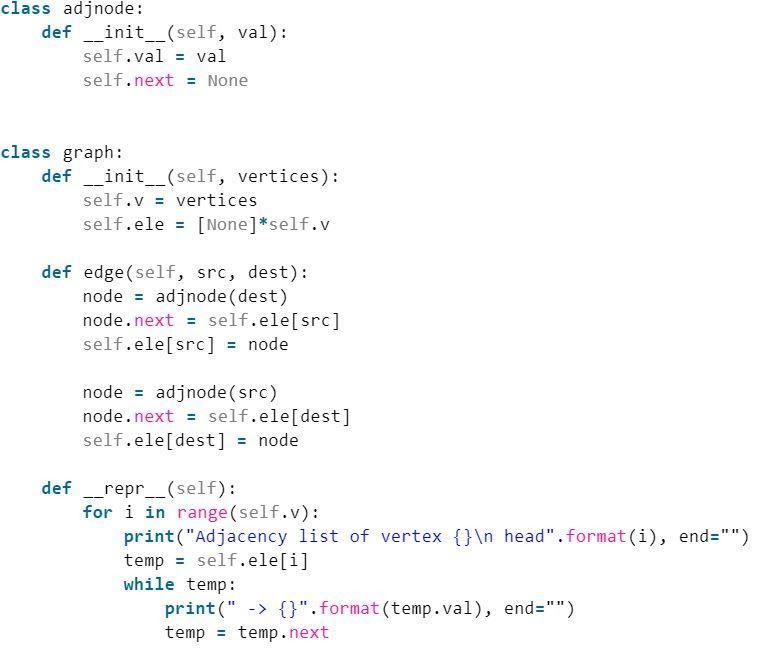 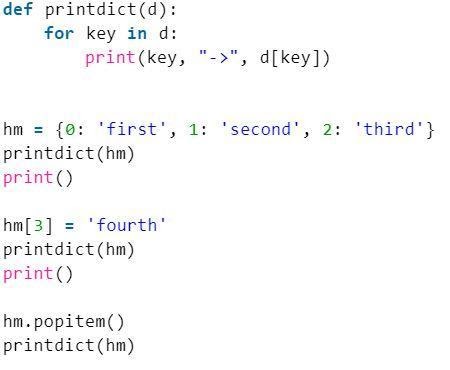 It is a type of linear data structure. Basically, it is a series of data elements joined together through links in python. Elements in a linked list are connected through pointers. The first node of this data structure is referred to as the header and the last node is referred to as the tail. Therefore, a linked list consists of nodes having values, and each node consists of a pointer linked to another node.

The usefulness of linked lists 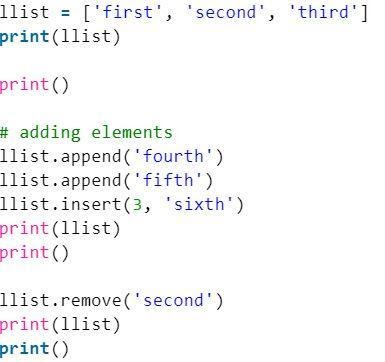 If you are curious to learn about data structures, check out IIIT-B & upGrad’s Executive PG Program in Data Science which is created for working professionals and offers 10+ case studies & projects, practical hands-on workshops, mentorship with industry experts, 1-on-1 with industry mentors, 400+ hours of learning and job assistance with top firms.

Which data structure is faster in Python?

In Python, dictionaries are the quickest way to lookup data with thousands of entries frequently. Dictionaries are highly optimised because they are the built-in mapping type in Python. In dictionaries and lists, however, there is a common space-time tradeoff. It indicates that while we can reduce the time required for our approach, we will need to use more memory space.

In lists, to get what you want, you must go through the full list. A dictionary, on the other hand, will return the value you're looking for without looking through all of the keys.

In general, Python lists are incredibly flexible and may hold entirely heterogeneous, random data, as well as being appended to quickly and in approximated constant time. They are the way to go if you need to downsize and extend your list quickly and painlessly. However, they take up a lot more space than arrays, partly because each item in the list necessitates the creation of a separate Python object.

On the other hand, the array.array type is essentially a thin wrapper around C arrays. It can only carry homogenous data (that is, data of the same type), hence memory is limited to sizeof(one object) * length bytes.

What is the difference between NumPy array and list?

Numpy is Python's scientific computing core package. It uses a large multidimensional array object as well as utilities for manipulating them. A numpy array is a grid of identical-type values indexed by a tuple of non-negative integers.

Lists were included in the Python core library. A list is similar to an array in Python, but it can be resized and contain elements of various types. What is the real difference here? Performance is the answer. Numpy data structures are more efficient in terms of size, performance, and functionality.