AWS Vs Azure: Which Cloud Computing Platform is Right For You?

The cloud market landscape has long been dominated by the likes of Amazon Web Services (AWS) and Microsoft Azure. If you chance a glance at the market shares of the two cloud computing platforms, you will find that AWS tops that chart and is closely followed by Azure in the second place.

But what are the statistics when it comes to their respective pricing models, support plans, data transfer loss rate, compute power, etc.? In this article, we will find answers to these questions. We shall be taking these key factors into consideration to conduct a side by side comparison between AWS and Azure. So, let’s get started !

The Rise of AWS and Azure

Amazon entered the game of cloud computing in 2002, years before any other company stepped into the field. This gave AWS an unprecedented advantage over other cloud platforms that arrived in 2009 (Google Cloud Platform) and 2010 (Microsoft Azure).

But this was not always so with Amazon’s development platform that was in a state of utter mess until the early 2000s. However, Amazon cleaned up its act, restructured its infrastructure with documented APIs and put forward an all-inclusive solution that promised unmatched scalability, customizability and efficiency.

Azure’s journey to success was not without its own challenges; on top of being late to the field, they struggled to make optimised use of existing infrastructures and economies to increase scalability.

Not long after that, they managed to do so by ditching Linus and adding support for a number of popular programming languages. Today, as AWS sits on the top as the leading provider of cloud solutions, it is closely followed by Azure.

AWS has a pay-as-you-go pricing model where you are charged by the hour. There are three such models for purchasing: on demand, reserved, and spot.

Based on these three models, you purchase an instance by paying only for what you are using (there are no upfront costs included), paying an upfront cost to reserve an instance for up to 3 years from a minimum of 1 year, and finally, bidding for extra capacity using the Spot model.

Like Amazon, Microsoft also follows a pay-as-you-go pricing model but it is chargeable on the basis of minutes instead of hours. This results in prices being more exact.

They also offer prepaid or monthly plans in case you plan to commit for a short term only.

Azure’s plans are fixed whereas AWS charges you in case of heavy usage on an existing plan.

This goes to say that AWS is clearly ahead in the market which is now saturated with plenty of new players like Oracle Cloud Infrastructure, Google Cloud Platform, Alibaba, among others.

In order to create VMs, Azure users rely on Virtual Hard Disk (VHD), while AWS users can either choose to configure their own, customize existing MIs or take their pick from pre-configured machines images.

Both AWS and Azure’s networks support creation of subnets, and route tables within the clouds. This extends to private IP address ranges and network gateways as well. Both AWS and Azure have temporary storage and block storage. In case of Azure, it is enabled through the D drive and Page Blobs for VMs respectively.

Both platforms are compatible with NoSQL databases and Big Data.  There are ample provisions in place for backup, archive and recovery. When AWS partnered with VMware, it made way for a hybrid cloud environment. Further, its Snowball Edge offers a 100TB hard drive to take care of heavy loading between data centres.

However, Amazon is new to this domain as compared to Microsoft that has long-standing relationships in the IT world. Thus, it offers seamless support with Azure StorSimple and Hybrid SQL Server. It also offers Azure Stack, a relatively new entrant in the hybrid platform that supports heavy functionality between cloud and clients’ data servers.

How Do AWS and Azure Fare When it Comes To User-Friendliness?

Since AWS is built for non-Windows platforms, there is a steeper learning curve to it as compared to Azure which wouldn’t require you to learn something new if you are a Windows admin. Apart from that, AWS is extremely customizable and flexible with a truckload of features and configurations.

It also supports integrations with most popular third-party platforms. Azure makes way for a hybrid environment with on-premise server integrations with cloud instances. SQL database and Active Directory are some tools that are compatible with Azure.

An AWS certification is considered extremely valuable primarily because of the many companies that use the cloud platform. Further,  an AWS certification puts you in between the elite AWS Certified community of LinkedIn and gives you access to other professionals.

You can choose from the following certifications:

With the Azure certification, you would have the backing of Microsoft, and the likelihood of landing a job in the existing Azure-based companies as well as the 365,000 new companies that get added to its clientele every year.

You can choose from the following certifications:

AWS and Azure have likewise contributed in the revolutionization of some of the leading industries in the world with their innovative ideas and out of the box concepts.

A certification in either would prove to be a valuable addition to your resume.

Applications of AWS and Azure.

AWS and Azure are both cloud providers to some of the most prominent companies of today. Netflix, Grofers, OLX, Hulu, Spotify, Siemens, Ubisoft and Expedia are among AWS’ many partners of AWS. Whereas, Azure’s roster includes the likes of Samsung, eBay, BMW, Accenture and Vodafone.

Apart from this, each technology has carved its own space in society welfare. AWS has contributed to NASA’S massive repository that allows people a glimpse at far-away galaxies. Azure has been on the forefront to provide solutions to the freshwater crisis shadowing the world.

Azure’s services are spent on finding solutions to reusing and recycling resources.

Azure Vs AWS: Is One Better Than The Other ?

AWS rules the cloud computing domain but Azure is rapidly catching on. Over 55% of the Fortune 500 companies have adopted Azure as their cloud service provider.

It has proven its capabilities over and again by providing uninterrupted infrastructure and support, and solving social and logistical issues for some of the top industries in the world.

When it comes to selecting one of the two, take into consideration your business needs, pricing, performance, and the variety of benefits available to you. No matter which you decide to go ahead with, you can rest assured your needs will be met.

There’s no clear winner here – both Azure and AWS are excellent cloud platforms with distinct pros and cons.

At upGrad, we offer the Advanced Certification in Cloud Computing program.

Our course will teach you the basic and advanced concepts of cloud computing along with the applications of these concepts. You will learn from industry experts through videos, live lectures, and assignments. Moreover, you’ll get access to upGrad’s exclusive career preparation, resume feedback, and many other advantages. Be sure to check it out.

What are the various services provided by AWS?

What is meant by Amazon VPC and Azure VNet?

Amazon VPC is some part of the Cloud isolated from the rest of the Cloud. This is private to a particular organisation. In this environment, various AWS services can be deployed, and one can choose their IP address range, create subnets, configure route tables and gateways, establish VPNs, etc. Azure VNets use IPV4 and IPV6 to communicate and connect virtual machines and the private network to the Internet. VNet admins can integrate the web with Azure services, filter, route network traffic, and communicate with other Azure services and resources.

What is the pricing model of AWS services?

The AWS pricing plan consists of 3 models. The first pricing plan is based on a “Pay-as-you-go” model. This means one needs to pay based on the services and the time he/she has used that service. The second one is the saving plan model in which some offers are given on AWS Machine Learning and Compute. This plan is offered only if there is a commitment to using the service for a certain period. The payment needs to be done based on unit currency per hour. The third pricing model is based on the storage used. This model is based on the size of the objects, the time for which it is stored, and the storage class used. 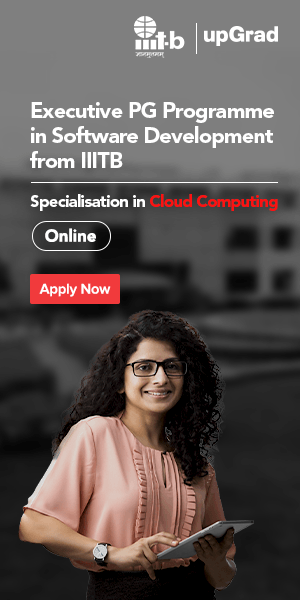