Every day, businesses, organizations, and individuals churn out an unprecedented volume of data. Thanks to AI and Machine Learning, we can utilize this data in myriad ways. Businesses use AI solutions (including ML & Deep Learning) on structured and unstructured data to automate operational processes, create innovative solutions, enhance customer satisfaction and increase sales. AI applications have expanded to all parallels of the industry, including healthcare, education, IT, eCommerce, supply chain, etc. As a result, the job market is replete with challenging and exciting AI job roles. If you are an AI aspirant, you can kickstart your Data Science career by opting for an Artificial Intelligence course in Bangalore.

Learn AI through a well-designed and structured curriculum that will help you adopt a systematic approach to learning. Get an opportunity to connect and interact with a vast network of people spread across the globe. 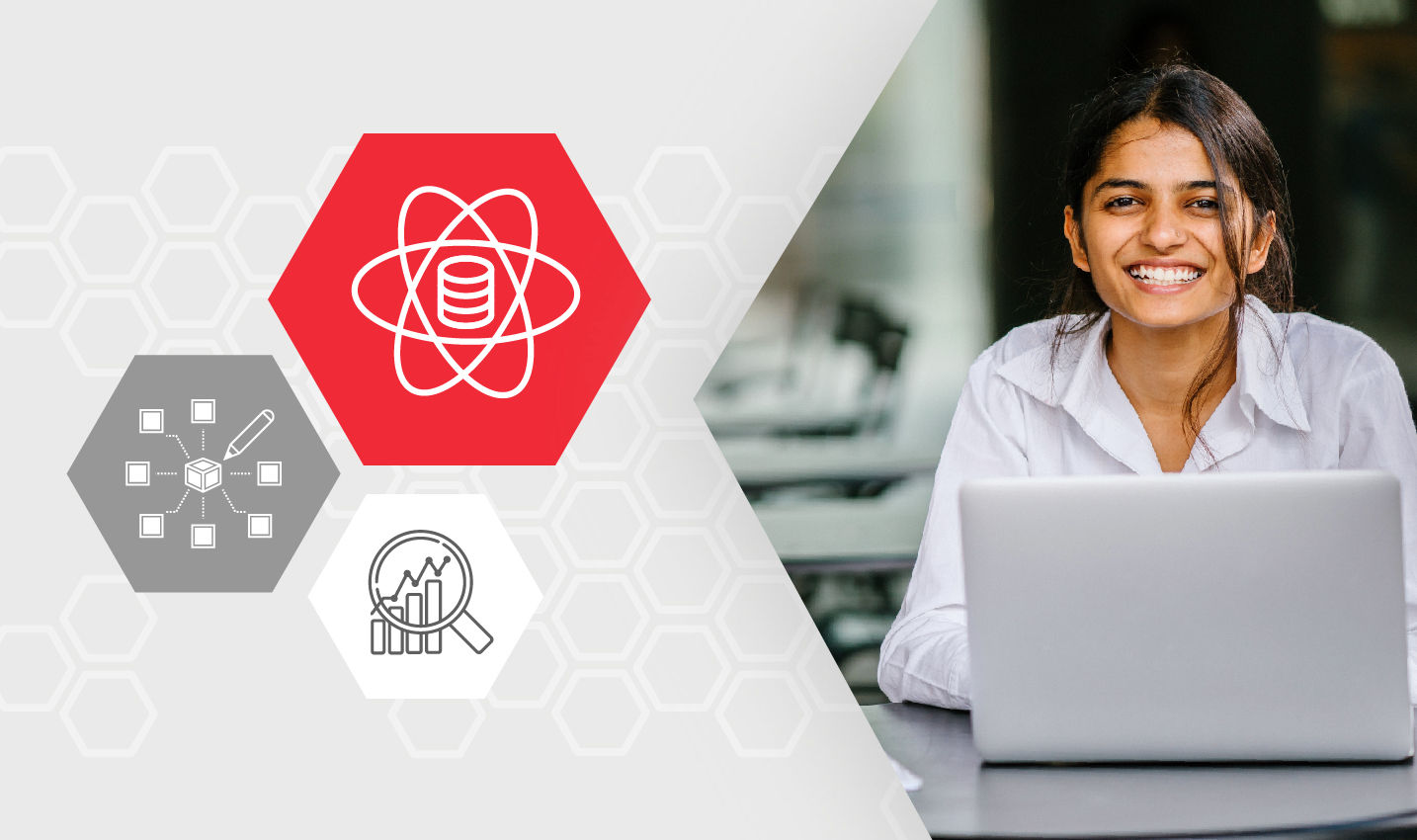 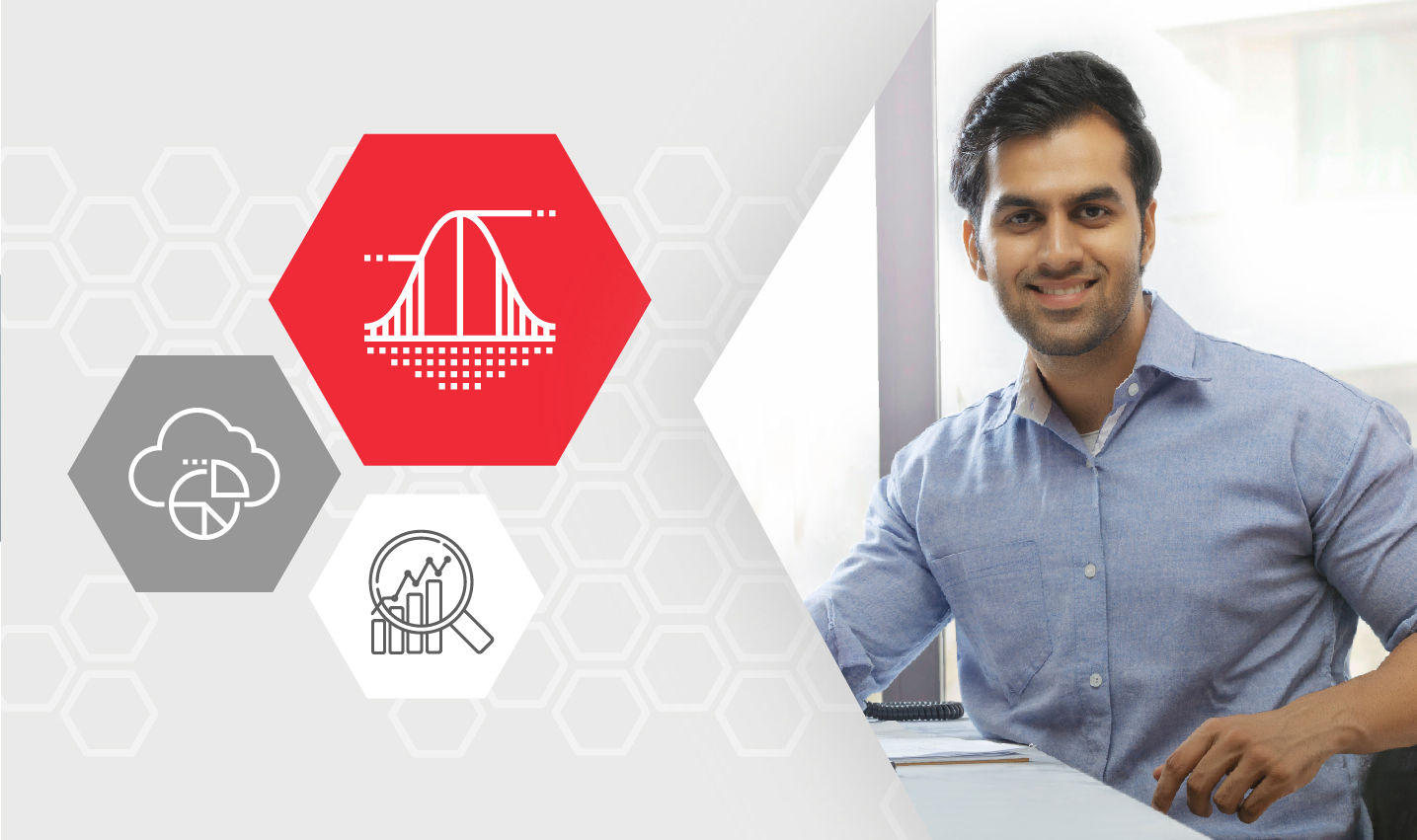 Machine Learning and AI | Master of Science | 20 months
Pursue an integrated Master's Program in Machine Learning and AI from IIIT-B and LJMU
Program Level
Advance
Duration
20 Months
Hours of Learning
450+
No of Case Studies
12
LEARN MORE >
Artificial Intelligence Course in Bangalore
Every day, businesses, organizations, and individuals churn out an unprecedented volume of data. Thanks to AI and Machine Learning, we can utilize this data in myriad ways. Businesses use AI solutions (including ML & Deep Learning) on structured and unstructured data to automate operational processes, create innovative solutions, enhance customer satisfaction and increase sales.
AI applications have expanded to all parallels of the industry, including healthcare, education, IT, eCommerce, supply chain, etc. As a result, the job market is replete with challenging and exciting AI job roles. If you are an AI aspirant, you can kickstart your Data Science career by opting for an Artificial Intelligence course in Bangalore.
Why Study an Artificial Intelligence Course in Bangalore?
It is a well-known fact that Bangalore is the most promising tech hubs in India. The government’s active participation and investment in Bangalore’s public sector industries are the primary reasons for its rapid growth and development. Better known as the Silicon Valley of India, Bangalore is home to top companies like Wipro, Infosys, TCS, Accenture, IBM, Oracle, Cognizant, Cisco, Tech Mahindra, Dell, HP, Deloitte, Intel, Nokia, Goldman Sachs, Honeywell, Amazon, Microsoft, Siemens, Google, etc. Bangalore employs more than 1.5 million people in IT and IT-related industries. Not just that, Bangalore is also one of the top startup hubs in the country.
Apart from the robust tech environment, Bangalore is also a top destination for pursuing higher education. There are numerous established educational institutions like the Indian Institute of Management, Bangalore (IIMB), the International Institute of Information Technology, Bangalore (IIIT-B), the Indian Institute of Science (IISc), the Indian Institute of Astrophysics, the National Law School (NLSIU), and the National Institute of Fashion Technology (NIFT).
Naturally, Bangalore presents a fantastic opportunity for AI aspirants - you can both pursue an Artificial Intelligence course in Bangalore and also get a well-paying job after completion in Bangalore itself. Some of the most popular and top-paying AI roles include Data Scientist, NLP Scientist, Data Analyst, Machine Learning Engineer, Big Data Engineer, Business Intelligence Developer, Analytics Manager, Deep Learning Engineer, and Computer Vision Engineer.
NOT SURE ABOUT YOUR CAREER?
Get free counselling

With a heritage that stretches back to 1823, Liverpool John Moores University, UK is now one of the largest and most well-established universities in the UK. It has been ranked in the Top 100 World Young Universities & Top 50 in the UK by Student Satisfaction.

Dr. Gabriela Czanner
Faculty - Engineering and Technology
A Senior Lecturer in Statistics and Data Science at Department of Applied Mathematics at LJMU. Her research focus is advanced statistics for decision support.
Dr. Atif Waraich
Faculty - Computer Science
A Senior faculty of Engineering and Technology at LJMU who has multiple publications in the healthcare domain
Prof. Dhiya Al-Jumeily
Professor - Artificial Intelligence
A Senior Member of the IEEE and a Chartered IT Professional. He is a fellow of the UK Higher Education Academy.
Prof. Paulo Lisboa
Head of Dept - Applied Mathematics
Studied mathematical physics at LU and was the chairman of Industrial Mathematics at LJMU in 1996 and Head of Graduate School in 2002
Chandrashekar Ramanathan
Dean - Academics
Prof. Chandrashekar has a Ph.D. from Mississippi State University and experience of over 10 years in several multinational organizations.
Tricha Anjali
Associate Dean
Prof. Anjali has a Ph.D. from Georgia Tech as well as an integrated M.Tech. (EE) from IIT Bombay. Her research interests include computer and wireless networks.
Prof. S. Sadagopan
Director
Prof. Sadagopan is the Director of IIIT Bangalore. He has an M.S. and a Ph.D. from Purdue University as well as a B.E. (Hons) degree from Madras University.
Prof. G. Srinivasaraghavan
Professor
Prof. Srinivasaraghavan has a Ph.D. in Computer Science from IIT Kanpur and 18 years of experience with Infosys Technologies as well as several other Fortune 500 companies.
Anshuman Gupta
Director | Data Science
He has a Ph.D. (Dual) from Penn State University as well as a B.Tech. Degree from IIT Bombay.
Ankit Jain
Sr. Research Scientist
An alumnus of IIT Bombay, UCB and Harvard Business School with over 9 years of experience
Ujjyaini Mitra
Head of Analytics
An alumnus of McKinsey and Co., Flipkart, and Bharti Airtel with over 11 years of experience.
Mirza Rahim Baig
Lead Business Analytics
Advanced analytics professional with 8+ years of experience as a consultant in the e-commerce and healthcare domains
Artificial Intelligence Salaries in Bangalore
Typically, Artificial Intelligence jobs in Bangalore come with handsome annual packages. However, the salary depends on company size, job profile, and a candidate’s qualifications, skills, and industry experience. Experienced candidates having advanced degrees and certifications earn higher salaries.
The top five AI roles in Bangalore are:
Artificial Intelligence Career Options
Machine Learning and AI positively impacts virtually every industry by improving consumer experience, mobilising work-flow and re-inventing the way we use technology to improve our day-to-day lives. As technology continues to advance, so do the myriad career opportunities in Artificial Intelligence. Some of the world’s leading companies hire AI professionals as Data Scientists, ML Engineers, AI Engineers and Software Engineers.
Some of the Career Opportunities in Artificial Intelligence are:
Furthermore, AI professionals can opt for a career across industries as demand for this skill is not limited to one. The finance sector, the automobile and retail industry, security and surveillance industry, IT, online customer support among many others are all key recruiters looking for quality professionals.
Benefits with upGrad
360 Degree Career Support services, Personalised Mentorship from Industry Experts, Hands-on Projects & Hackathons, Peer Networking opportunities & a whole lot more to help you master Machine Learning & AI.
Our Hiring Partners
Opening the doors to the best in the industry such as:

Saurav Kant Kumar
Bangalore 2 Years
90%
inc. in Salary
I can put my money on this course on any given day and assure everyone that this is one course that stands apart from every other course in the market.
Senior Systems Engineer
Data Scientist

Sagar Pavan
Chennai 9 Years
Though I have been in the Analytics and ML space for a few years now, the program curriculum I went through did help me tremendously during the interview process.
Big Data Analyst
AI Engineer (Tech Lead)

Chandra Shekar
Bangalore 24 Years
The Program helped me in getting this role. They were impressed with the Program curriculum. I will be working on detecting customer frauds and building chatbots. Whatever I have learnt through the program will definitely help me ahead as well.
Head of Delivery Operations
Senior VP | Consumer Finance
58%
Average Salary Hike
72L
Highest Salary
500+
Career Transitions
300+
Hiring Partners
Career Counselling
Get personalised career paths traced by experts to ascertain the best opportunities
Learn More
Resume Feedback
Obtain specific, personalised inputs on your resume structure and content
Learn More
Interview Preparation
Get unlimited mock interview sessions with hiring managers and receive detailed feedback
Learn More
Job Assistance
Get an opportunity to interview for upGrad's 300+ hiring partners with upGrad Career Fairs & more
Learn More

Find the latest and informative post on Artificial Intelligence. Keep yourself updated, know the current trends in AI industry. 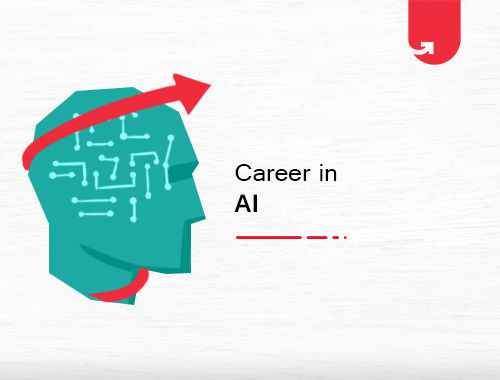 Employers need AI talent to fulfil the company’s technological requirements. A career in AI is not only attracting the job seekers but is witnessing immense growth. 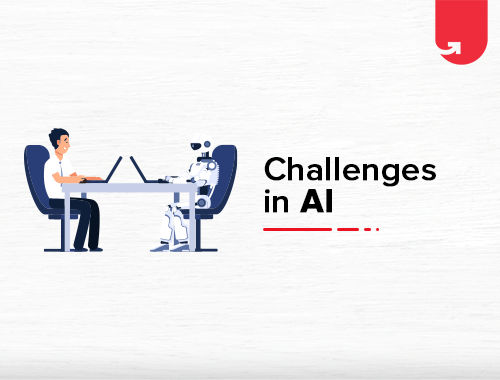 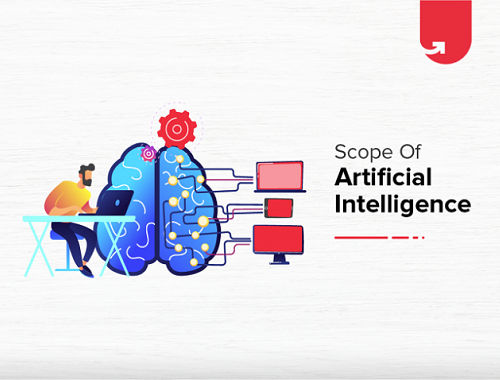 AI is one of the most popular technologies on the planet, thanks to its versatility and advanced solutions. It has been growing at a fast pace, but what is the future scope of AI?

Bhaskar Shankarling
Senior Software Engineer, Mindfire Solutions
You will be notified of any interview opportunities in ML and they will share your profile with the recruiters. This really helps to kick start your career in Machine Learning / Deep Learning.
Vignesh Ram
This course puts you from a beginner level to a person who can understand and provide a machine learning solution to any given problem provided one has the passion to learn new techniques in a rigorous manner.
Deepesh Kothari
3 Years Experience Software Engineer, Tarant Software
A great aspect about this course are the student mentors. These people are always there to help, support, and motivate the student to complete modules on time.
Argho Chatterjee
10 Years Experience Deep Learning Engineer, Samsung
Many of the basic concepts are being taught to build good intuition of Machine Learning models. Most of the basic maths required for developing an intuition of the algorithm is covered.
Not sure? Request Callback
Submit