Michigan State University, founded in 1855 and served as a model for land-grant colleges and universities, is one of the top research universities in the world. Michigan State University is ranked #32nd among the nation's public universities in the U.S News and World Report's 2021 and the top 80 in the world - Times Higher Education World University Rankings 2020. Home to nationally ranked and recognized academic, residential college and service-learning programs, MSU is a diverse community of dedicated students and scholars, athletes and artists, scientists and leaders. 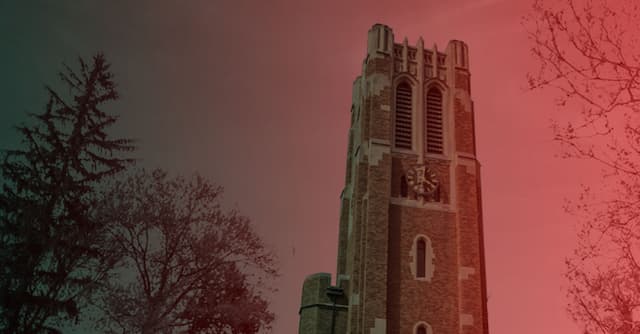 Michigan State University is accredited by AACSB.
Michigan State University is #1 in the world in Supply Chain Management - By U.S news and world report: 2018 to 2021.
Get the upGrad Advantage - Student Mentors, Career Support Services, Live sessions with Indian and Global Industry Experts.
Get an opportunity to engage and interact with students from across the world.
Industry renowned faculty - Education from industry and world-renowned faculty, who have worked at reputable companies themselves.
Interactive discussion boards, quizzes and case studies.

“Our aim is simple: We strive to create high-impact, hands-on experiences that prepare students for meaningful and productive careers.” - Ronnie Screwvala, Co-Founder, upGrad

Book your Session Now
Webinar about Michigan State University Programs
Learn More
Global Professional Certificate in Effective Leadership & Management
Learn More
Global Master Certificate in Business Analytics
Learn More
Global Master Certificate in Integrated Supply Chain Management
Overview
About
Michigan State University (MSU) is a public land-grant research university in East Lansing, Michigan. MSU was founded in 1855 and served as a model for land-grant colleges and universities later created under the Morrill Act of 1862. The university was founded as the Agricultural College of the State of Michigan, one of the country's first institutions of higher education to teach scientific agriculture.
After the introduction of the Morrill Act, the college became coeducational and expanded its curriculum beyond agriculture. Today, MSU is one of the largest universities in the United States (in terms of enrollment) and has approximately 634,300 living alumni worldwide.
Rankings
MSU looks at supply chain management from end to end, which gives it dominance in this market. For the fourth consecutive year, Michigan State University is ranked #1 by U.S. News & World Report for Best Supply Chain/Logistics Graduate Degree Programs (2018 – 2021). MSU is one of the top 80 universities in the world, according to the Times Higher Education World Reputation Rankings 2020. MSU is ranked 32nd among the nation’s public universities in U.S. News & World Report’s 2021 Edition of America’s Best Colleges.
In its 2020 edition, U.S. News & World Report ranked it as tied for the 34th among best public university in the United States, tied for 84th nationally and tied for 52nd among best universities for veterans.
The university has over 200 academic programs. U.S. News ranked MSU's graduate-level programs first in elementary teacher's education and secondary teacher's education for 26 straight years, African history (tied), curriculum and instruction (tied), industrial and organizational psychology, nuclear physics, rehabilitation counseling (tied), and supply chain logistics in the U.S. for 2020.

NOT SURE ABOUT YOUR CAREER?

Fixed-Term Faculty - MSU
Zal is an established specialist on marketing segmentation and global supply chain practices within global impact areas such as FMCG and IT industry.

Assistant Dean - MSU
Dr. Frayer has a Ph.D. in Marketing, Logistics and International Business, and an M.B.A. and B.A. in Marketing from Michigan State University.

Chairperson - MSU
Dr. Closs has been extensively involved in the development and application of computer models and information systems for logistics operations and planning.

Instructor - MSU
Susan Makarov has 35 years of supply chain experience with General Mills, and also has a background in field operations for 10 years.

Professor - MSU
Dr. Hintze received his Ph.D. in Genetics and Development Biology from the University of Braunschweig in Germany. 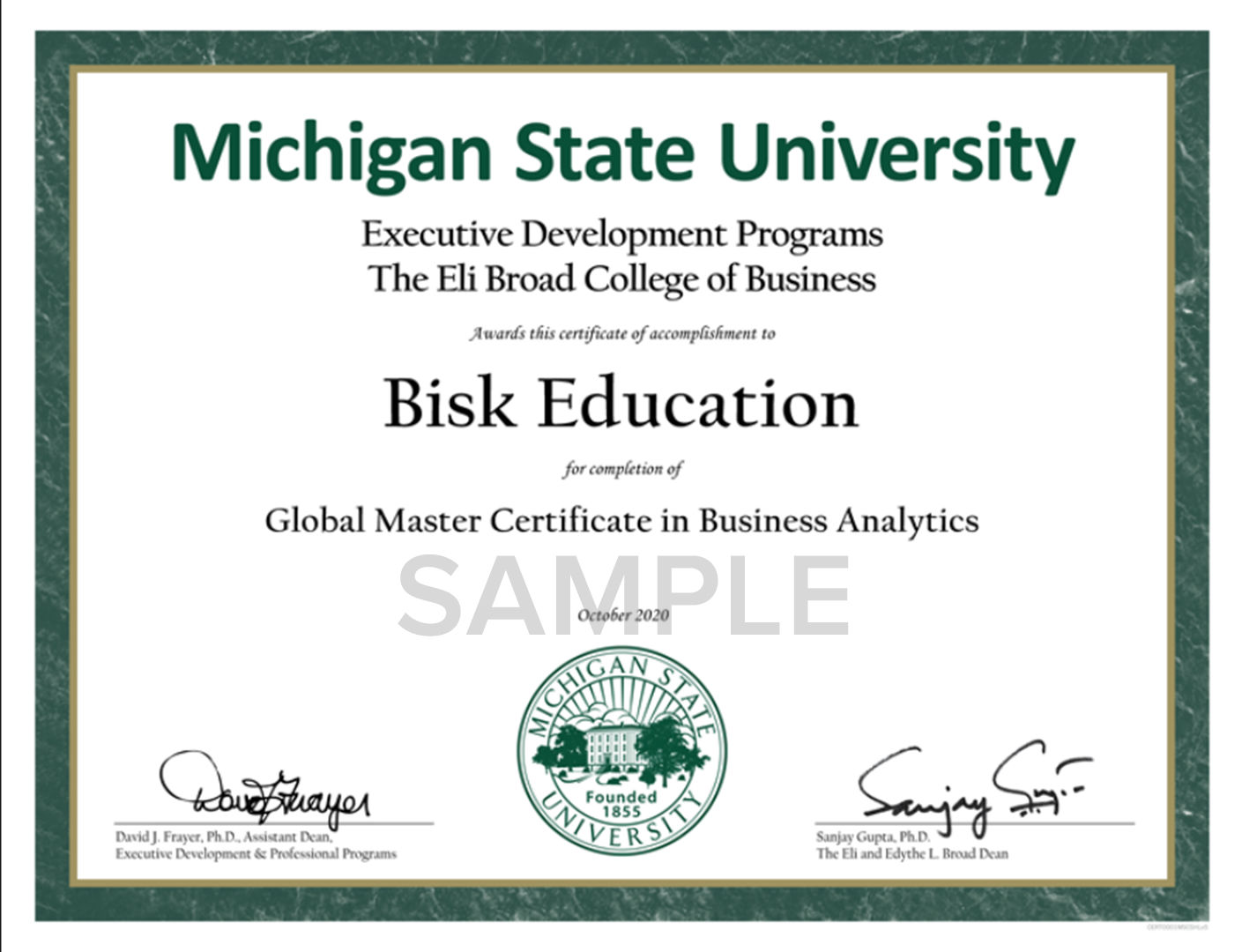 Please find below the detailed steps to be followed as a part of the admission process.

Fill out the application form with all the relevant information.

An offer letter will be sent to you confirming your admission to the Global Master Certificate in Integrated Supply Chain Management.

Block your seat with a payment of INR 25,000 to enroll into the program.

How good is the Data Science Course from IIIT Bangalore?

upGrad PG Diploma in Data Science Program is in collaboration with IIIT-B. At upGrad we have empowered 12,600+ students in various fields ranging from Machine learning to Data Science to Data Analytics.  More than 500 learners have had a successful transition with 72 LPA as the highest salary. Once the program is over you will have job opportunities in various roles such as Machine Learning Engineer, Data Engineer, Data Scientist, Data Analyst, etc.

How are placements & career support after PG Diploma in Data Science?

upGrad arranges hiring drives for our learners from every field, including the Data Vertical. So far, upGrad has empowered 12,600+ students in the field of Data Science. Specifically in the data Science program from IIIT-B, over 500 learners have had a successful career transition with the highest salary of 72 LPA and an average salary hike of 58%. Our students are working with top organisations like KPMG, Huron Consulting Group, Tata Consultancy, Tata Motors, Wipro, Accenture, Time Inc. and many more.

What are the important features upGrad's Data science program?